What is the Virtual Dealer Plugin 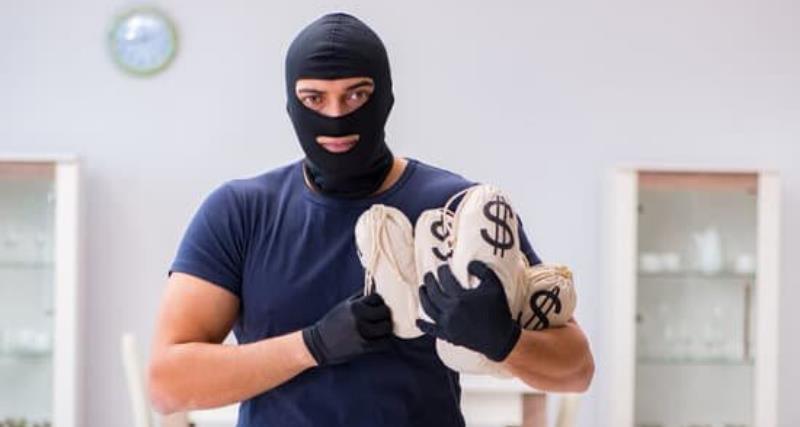 Have you ever felt that your broker is out to get you? Well, he may. Do a Google search on Virtual Dealer Plugin and MT4 and read up on it. It is pretty scary. The Forex Broker Virtual Dealer Plugin can corrupt your trading and eat your profits by using the automated execution delay feature. Learn all about this and read our report.

There is a Metaquotes PDF circulating in the internet that is a manual for brokers on how to use the infamous virtual dealer plugin. We would post this PDF here (along with a shocking video showing the plugin in action) but no doubt we would be contacted by Metaquotes (like so many other websites) for copyright infringement and forced to delete it.

The PDF document reveals what we all expected, that there is software out there that allows the broker to engage in a number of dirty tricks, namely:

So outside of gap mode, the major way that brokers can corrupt your trading using the virtual dealer plugin is to automate a predetermined execution delay, usually something that they think they can get away with, such as 3 seconds. It is in those 3 seconds that the market price can change and you can get requoted and slipped.

A “requote” means that the price of the order is outdated compared to the current market price; usually the price has changed by X pips. Frequently the requote will represent that fact that the market price has moved against your position and so consequently you will suffer negative slippage of anywhere from 0.1 to 10 pips. While it is possible that the price has changed in your favor (positive slippage), you will rarely see profitable slippage because it will be grabbed by the broker. Instead, if the price moves in your favor, what you will see is either that you will be filled at the old (“tagged”) price or your order will be rejected [Off quotes].

What is fascinating about the features of the virtual dealer plugin? It is the overwhelming temptation it presents the broker to take additional profit so easily, and at such a grand scale, without repercussion. The broker merely has to dial up the execution delay by an additional two or three seconds (so that client does not notice it) in order to create more slippage, the positive side of which he keeps.

With this setting in effect, it would be a cash cow for the broker: he would be shaving off thousands of extra pips (and dollars) from the thousands of delayed and slipped trades conducted from his thousands of clients every business day. All this extra slippage would be in addition to the spread markup that the broker receives, so the broker profits an incredible amount from every trade (pip spread + pip slippage), multiplied by thousands of trades per day.

All this windfall profit comes without work and without risk. The software does all the pip siphoning and the broker risks nothing other than his reputation, which he might not have to worry about if most clients do not know what goes on behind the scenes, and if most of his competition are doing the same thing anyway. In contrast to the broker, it is the client who bears all the hard work of trading and all the cost: the client bears the cost of trading an incredibly risky market, where the chances are he might lose his shirt, and he bears the additional transaction cost of visible spread (+ commission) AND invisible slippage.

If there are unfair and dishonest means brokers can delay and slip you and earn money from using this tactic, then it follows that there must be Regulators out there that have taken notice.

As slow as the NFA was to take notice of this flagrant cheating, it did finally investigate and fined two of the largest forex firms at that time in the US, Gain Capital and FXCM, for unfair (asymmetrical) slippage, along with other manipulations. Both of these firms now are cleared and their practice is transparent to our knowledge.

On June 30, 2010, NFA just issued a severe complaint against Gain Capital and its CEO Glenn Stevens for violating bunch of regulations. It was already an immensely profitable market maker (earning over $150M in gross revenue, $42.5M in net, from 60,000 retail clients) but it wanted to squeeze even more from its clients. One of the topics of the complaint had to deal with dealing desk manipulations: Gain routinely and repeatedly adjusted leverage and margin requirements, causing positions to prematurely liquidate and lose nearly $425,000 (a big loss for the clients which was handsome gain for Gain). The other topic, more pertinent to the theme of this article, had to deal with Gain’s use of the infamous virtual dealer plugin, for both its retail and institutional servers. Gain established the following slippage parameters for the Virtual Dealer Plug-In used for both servers:

While a 1 second delay might not seem like much, it is enough to create slippage, particularly when prices are changing rapidly in a fast market. Gain manipulated the slippage game in their favor by rigging the volume controls for both servers. Clients trading larger than 5 contracts would be negatively slipped up to 2 pips for retail and up to 20 pips for institutional, while all positive slipped trades would have been rejected. Unsurprisingly, the NFA discovered that most retail clients who traded under 5 contracts suffered no slippage losses; the profit slippage evened out the negative slippage.

From May 1, 2009 through July 31, 2009, customers ordering greater than five standard contracts on the institutional server experienced almost $100,000 in losses due to unfavorable slippage when the market moved against them, yet never received any gains when favorable slippage occurred. In sum, MT4 servers gave a lot of dials to cheat traders and Gain could not resist the temptation to play with delay (albeit modestly) and volume controls (more aggressively) to cheat their clients.

Interestingly enough, because of the investigations into Gain, the NFA issued a statement in early 2011 saying it will begin investigation involving all US forex brokers in order to find out if any are cheating their clients. The regulator will search for signs these firms are designing computer systems to take advantage of slippage (the price move that happens between when a client orders a trade and when it is executed), looking to see if trades are being executed only when the currency price moves in the firm’s favor. Then they discovered later that year that FXCM had been doing this in a very big way.

On August 12, 2011, NFA issued a complaint charging FXCM and CEO Niv with asymmetrical slippage practices similar to what they charged Gain with the previous year.

Count I: For many years, FXCM had practiced what was called “asymmetrical positive price slippage”– which in a nutshell meant that if there was any price change, from “tagged price” and LP market price offset within their direct access market (DMA) system, resulting from execution delay, FXCM would take the better price (positive slippage, favorable to client) and fill the client instead at the “tagged price.”

On the other hand, if FXCM offset the customer’s order at a worse price (negative slippage, unfavorable to the customer), FXCM gave the customer the worse price rather than the better price that was tagged when the customer submitted his/her order. The upshot: From January to September 2010, FXCM derived approximately $520,000 from positive slippage, none of which it passed on to its customers. Two months later, the CFTC estimated that FXCM took 8.3M in positive slippage from clients from 2008-2011, and probably in their complete disgust of this heist and the uncooperativeness of FXCM in the investigation, they issued a whopping $6M fine on FXCM on top of the $2M fined by NFA already, with an order to FXCM to return the $8.3M back to clients. Though $14M seems like a lot to us, and it is probably one of the biggest fines given to any entity in the forex industry, it is probably only one month of profit for FXCM.

Count II of the NFA case is also interesting in that it charges FXCM with “failing to adopt or carry out adequate procedures to ensure the timely and efficient execution of customer orders, regular evaluations of the capacity of its electronic trading platform to efficiently execute customer orders, and the implementation of appropriate modifications to its trading platform to increase capacity when necessary”.

In their damage control press release, FXCM had trumpeted that they have now “enhanced their execution to offer price improvement on all trades,” meaning that all orders are now eligible to receive positive slippage. One wonders now if they have learned their lesson and are trying hard to be more honest regarding slippage, albeit only after being smacked in the face with a $14.5M fine, losing face, and being babysat by two regulatory agencies?

In Jan, 2012, the NFA formalized its rule regarding price slippage: if you allow slippage in your favor you must allow it in the client’s favor as well. The rule eliminates the well-known unfair slippage practice that could benefit the broker only.

To sum this up: in the time between when the client places a trade and the time it is accepted by the dealer/plugin, if the price moves in favor of client (positive slippage), the broker rejects the order or executes at the requested price, not the better price (broker gets to steal the better price); however, if price moves against the trader, the trade is executed at the poorer price.

Best Forex Brokers in the USA