What are the Pros and Cons of Technical vs. Fundamental Analysis in Forex Trading 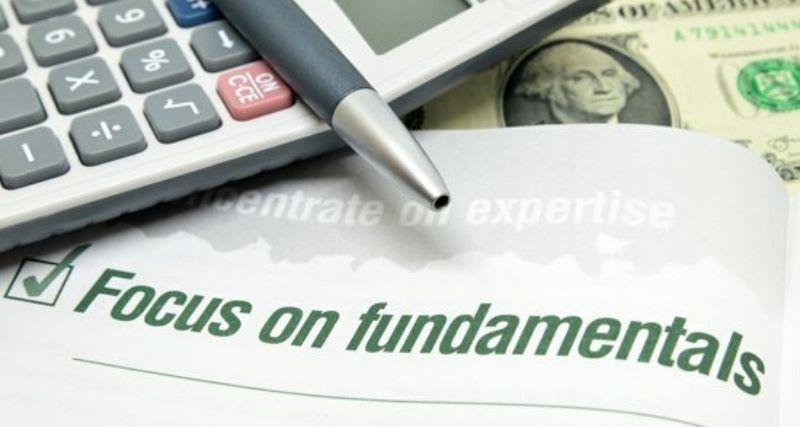 The analysis of markets (whether commodity, stock, or forex markets) can be broken down into two trading schools, technical school of price action and fundamental school of economic action. For decades traders have argued which is more relevant. Find out in this article what are the pros and cons, sources, goals and assumptions of technical vs. fundamental analysis in Forex trading.

Theoretically, fundamentals encompass all the statistics and reports that pertain to every facet of economic activity. Technical analysis is concerned with price movement and assumes that previous price changes will provide clues to the future direction of prices. In this article, we will look closely into Technical vs. Fundamental Analysis.

Many years ago, traders from different wall street firms would identify themselves as technical or fundamental disciples. It was like being on one team or the other, and it was rare to find an analyst that would go either way.

Some members of the technical team were so totally convinced their methodology was the exclusive avenue to good trades and financial success, that they feared they would pollute their mind with any fundamental knowledge. With time, analysts and traders who survived in the business learned it was best to incorporate both fundamentals and technical analysis when trying to profit by anticipating the future.

Below is a table that tries to break down the differences between the two schools, in regards to their key assumptions, goals, subject matter, tools, indicators etc:

Followers of each school of thought have debated over which approach works better. We do not take sides. Instead, we prefer to combine the two disciplines, taking the best from each.

In our experience, the study of macroeconomic factors such as interest and inflation rates, along with relative growth and unemployment rates, help to determine the big picture direction of currency moves. Sure, it can be a little time consuming at first, to acquaint yourself with all the economic forces shaping the different currencies, but it can be immensely rewarding, both intellectually and financially. Once you spend the time learning about the big economic forces behind the currencies, it becomes easier to filter and digest information on a daily basis that might change these forces. For instance, in our study on the US Dollar, we have looked at the abysmal economic situation of the United States, its massive amounts of borrowing (debts close to 400% of GDP), its high official unemployment rate of close to 9% (its unofficial rate being more than double that), and its limping GDP figures greatly influenced by inflation. We conclude that Americans are getting poorer while the poor Dollar under the stewardship of the Federal Reserve remains firmly on its 100-year downward trajectory that has thus far lost 92% of its value since 1913. You may think, based on this data you are not bullish on the dollar and you would rather short it against stronger currencies such as Aussie Dollar or Swiss Franc (long AUDUSD or short the USDCHF). But currencies do not move in a straight line. There are plenty of short-term fluctuations that can hurt an account if one was to simply employ a buy and hold strategy with any degree of leverage. You do not want to be in all the way and take on the risk of such exposure. Instead, you may want to time your entry into this anti-US dollar direction by looking at technical analysis.

More Precise Entry and Exit on Trends with Technical Analysis

Technical analysis can zoom in on the price action to give more precise entries and exits. For instance, once determined from the fundamental analysis to short the US dollar, either by buying Aussie (long AUDUSD) or Swiss Franc (short USDCHF), the next move would be how to enter into the preferred direction on these currencies. In the daily/weekly/monthly charts, one can see that most of the time these currencies are trending, with AUDUSD trending up and USDCHF trending down. If you choose to trade long the AUDUSD, how best to get into this market? If you buy at market, you run the risk of getting at the tail end of the trend just before it reverses and crushes the account. Instead, you should look for getting in on retracements of the trend. For this, there is a number of different indicators to use. You can wait for a market retracement back to oversold levels (of RSI or Stochastics or lower Bollinger Band) and buy in at a better price. Or you can wait for a market retracement back to its 50 or 200 period moving average to jump on the potential bounce. Or you can wait for a market retracement back to its last confirmed support line on the larger H4 or daily charts and go long when discovered the support line holds firm. Once you get into the trend and it goes in your direction, you can continue to look at the reverse side of any of the above indicators to get out: exiting when the market enters overbought zones (of RSI or Stochastics or upper Bollinger Band) or when it fails to penetrate through technical resistance lines. It is thus to technical analysis that you must turn to for finding where and when you want to place your trade on the market, where to take a profit and where to cut your losses.

At different times the forex markets may be driven by fundamental factors or technical factors, and traders can exploit both opportunities. There are times when the forex markets seem to be driven by fundamental factors such as current economic data or interventions from the central bank. For instance, when the Swiss franc had strengthened too much against the US Dollar and Euro, the Swiss Central Bank feared that they would lose their trading power and jawboned the necessity of intervention. At that time the USDCHF jumped up 500 pips. You could have taken such news as the catalyst for a temporary trend reversal and traded long the USDCHF in the heat of the investors panicking to sell out of the Franc. There are other times when technical developments seem to be propelling the markets. For instance, a break of a key trend-line support can trigger stop-loss selling by the long players and invite short sellers into the breach based on their breakout models. Because support has been violated, the market falls because the participants are panicking to get out (if formerly long) or get in (as short sellers trying to profit).

How to Analyze Fundamentals